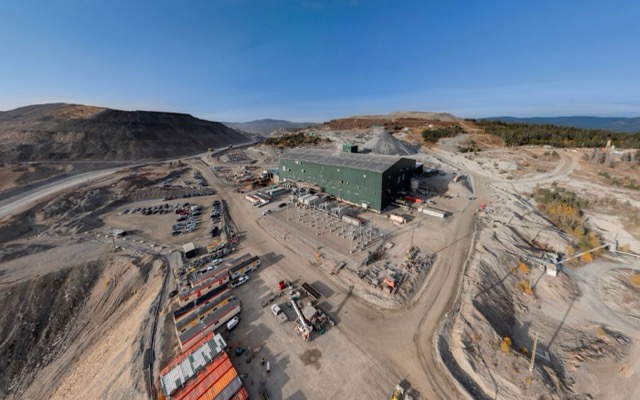 In a development that will send shockwaves through the mining industry, it seems that metal producers might be a new target for ransomware criminals.

Copper Mountain Mining (TSX: CMMC) has put its Canadian treatment plant on “preventative” shutdown after being hit by a ransomware attack.

It has released no details of the cyber-attack on its systems but reports that it quickly implemented its risk management systems and protocols in response to the attack.

The company operates the 75%-owned Copper Mountain mine, 20km south of Princeton, British Columbia, and 300km from the port at Vancouver through which it ships its output.

The mine has a 45,000 tonnes per day plant that uses conventional crushing, grinding and floatation.

Copper Mountain says it isolated all operations where possible and the mill was closed down while staff assessed the effects on its control systems.

The mine produces about 4,500 tonnes per annum of copper concentrates, along with gold and silver.

“Copper Mountain is investigating the source of the attack and is contact with the relevant authorities,” the company reports.

Recorded Future, a Massachusetts-based cyber security company, reports that ransomware attacks in North America on manufacturing organisations, “especially related to metal products” have been frequent in 2022.

Dragos, a cybersecurity company based in Houston (and with an office in Melbourne), is reported saying that one criminal operation, LockBit, goes after mining and water treatment plants.

In October, a cyber gang also attacked a plant owned by Hamburg-based Aurubis, which recycles copper and produces about 1 million tonnes per annum of copper cathode.

At the time, the company said that its incident “was apparently part of a larger attack on the metals and mining industry”.

Meanwhile, Copper Mountain has bigger plans: it has a new life-of-mine to expand the mill to 65,000tpd and thus increasing output to 6,260 tonnes of copper concentrate.