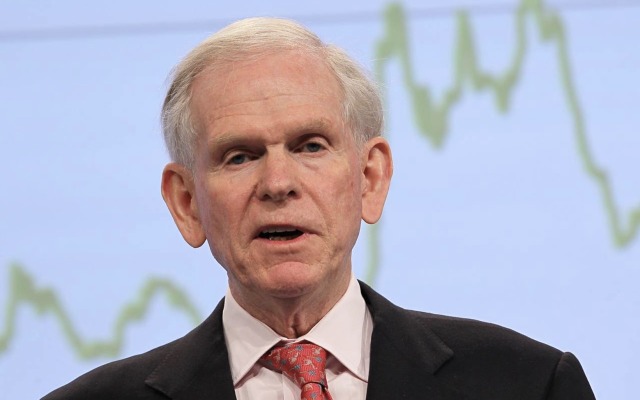 Jeremy Grantham – the acclaimed British investor and permabear – must set his calendar for the same date in January every year to roll out his prediction that markets are at the end stage of a massive bubble.

Indeed, you can go way back to the 1980’s and beyond to see examples of Grantham delivering his own brand of doom, with confident predictions of dramatic share price falls.

And the difficulty in dismissing his predictions is that he has made some inspired calls – most notably avoiding the Japanese real estate and equity bubble and the 1990’s dot-com rise and fall.

The issue with Grantham’s predictions – a weakness he readily admits to – is that he is good at spotting speculative bubbles but not so good at predicting when they might come to an end.

Which is why in January last year he was saying that we are in “one of the great bubbles of financial history’’, marked by “really crazy investor behaviour.’’

This time around, the rhetoric has been amped up a little, saying that the historic collapse in stocks he predicted a year ago is now underway and even intervention by the US Federal Reserve can’t prevent an eventual plunge of almost 50%.

In case you hadn’t noticed Grantham has broken his own rule on timing here, declaring that the selloff is underway, along with his diagnosis that US stocks are in a “super bubble,” only the fourth of the past century.

He is also being very specific about how far markets will fall, with a prediction that the S&P 500 will drop 48% from its January 4 peak to just 2500 points, while the tech-heavy Nasdaq Composite could correct by even more.

Grantham also points to plenty of “crazy investor behaviour” such as meme stocks, the buying frenzy for electric-vehicle companies, the rise of what he calls “nonsensical’’ cryptocurrencies such as dogecoin and multimillion-dollar prices for non-fungible tokens, or NFT’s.

How do you react to a permabear?

The really big question is what to do if you accept the Grantham analysis as both accurate and timely – a question he answers in the way you would expect of a contrarian, revert to the mean investor who doesn’t mind waiting and underperforming for several years before being found to be right.

He obviously advises selling US equities and buying stocks trading at cheaper valuations in Japan and emerging markets.

He is also keen on owning resources for inflation protection, holding some gold and silver and keeping some cash on the sidelines to deploy when prices are once again attractive.

While waiting for the super bubble to end and “the wild rumpus’’ to begin, Grantham warns that “when pessimism returns to markets, we face the largest potential markdown of perceived wealth in US history.”

There aren’t too many places to hide according to Grantham, with the bubble extending to bonds and global real estate and the beginnings of a bubble in commodities.

All will eventually revert to the mean, according to Grantham.

The real bonus of being a permabear is that eventually you will be right – at least to some extent – but the problem is that it can be very expensive taking evasive action and simply waiting.

Last January’s Grantham advice was terrible – in the short term

Let’s just take the last year as an example – a year in which Grantham recommended buying emerging market equities and value stocks and avoiding US growth stocks.

In retrospect that was absolutely terrible advice, with US growth stocks continuing to advance and the S&P 500 jumping an impressive 26.9% in 2021 – the seventh-best performance for that index in 50 years.

Missing that sort of performance is very difficult to make up.

In the end nobody knows whether bubbles will end in a slow deflation over many years or with a massive crash.

In an era of unprecedented low interest rates it is even difficult to discern between what might look like a bubble and what might be an understandable equity premium due to excessive money printing.

One day Jeremy Grantham’s predictions will come true to some extent – that is the nature of cyclical and dynamic markets that react to what is happening.

The difficulty, as always, is one of timing and it is just as possible to miss out on stellar returns trying to avoid a potential crash as it is to stay invested and top up during market falls in the knowledge that markets will eventually rise once again.